Football Manager 2020 has redefined and reenvisioned player development, an aspect of the game that is high on the priority list of every player. Becoming a manager gives you the chance to carefully control over how you bring through talent while overseeing the progress of your important players too.

So, we’re giving you more freedom in this department, more ability to plan long-term and set individual pathways for all players. More so than ever we see young players come in with a clear route to becoming a Star Player or senior players immediately established as Important or Star Players from the moment they walk through the door.

In FM20, when negotiating a player’s contract, you can fine tune their pathway through changes to their contract. You can alter their Playing Time with twelve descriptive statuses which indicate how much game-time you’re offering per season across their contract.

This gives way more definition to a player’s standing within the club. From day one of them arriving, either from another club or the academy, you both know where you stand, through this mutual agreement/promise. This should go some way to alleviating potential issues with keeping the squad happy. Now, you and your players know how much they’ll play per season. From Emergency Backup to Star Player and everything between.

Goalkeepers have their own tailored Playing Times too and serve as a great example of how this feature comes to life. A young goalkeeper can go from Emergency Backup to Cup Goalkeeper to First Choice across the length of their contract, all the while planning how the other goalkeepers fit around this youngster’s progression.

This will help to not only develop a pathway for one player but to map out your entire squad looking forward. With organisation, you can plan your squad’s evolution, year upon year, working transfer windows and new additions into a perfectly and evolving squad for today and tomorrow. Setting playing time pathways is not only useful in the management of your current players but in attracting targets too.

Not only can you set a pathway for future seasons, but there’s more definition too. With definition added to a player’s role at the club comes more description, Emergency Backup, for example, strictly implies that the player is likely to get no minutes at all except in cases of injury or suspension to a more Regular Starter.

Another example is in the case of the Cup Goalkeeper who won’t become unhappy if he misses out on league games throughout the season but does expect to be selected in cup competitions.

The Playing Time Pathway will also impact players you send out on loan. You and the potential loan club will be able to negotiate in more detail just how they plan to use your youngster with a defined level of Playing Time. This will help you decide which destination would be the most suitable when weighing up multiple options.

To keep track of the changes, you’ll receive regular updates in this department. At the end of each season you’ll be notified by your backroom staff indicating the status your players are progressing to ahead of the new campaign. So, you’re aware that your former Future Prospect is now a Squad Player, and your former Star is now nothing more than a Fringe Player. This gives you, the manager, a chance to reassess each pathway in time to plan for the upcoming transfer window around the proposed playing time throughout the squad.

The new Playing Time Pathway gives you more control over your team structure and gives you an easy way of keeping on top of your long-term squad planning while also giving you more ways to keep on top of your overall squad happiness.

Football Manager 2020 has redefined and reenvisioned player development, an aspect of the game that is high on the priority list of every player. Becoming a manager gives you the chance to carefully control over how you bring through talent while overseeing the progress of your important players too.👀 FM20 Screenshots ➜ bit.ly/fm20-screenshots🛒 FM20 (Instant Key Delivery) ➜ bit.ly/buy-fm20 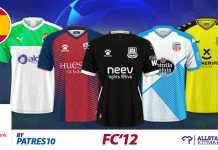 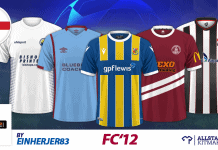 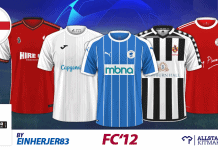 FM20 | How to change your profile picture

09/05/2020
Táto stránka používa cookies. Tím, že na stránke zotrváte, súhlasíte s ich používáním | We use cookies. If you continue to use this site we will assume that you are happy with it.Ok